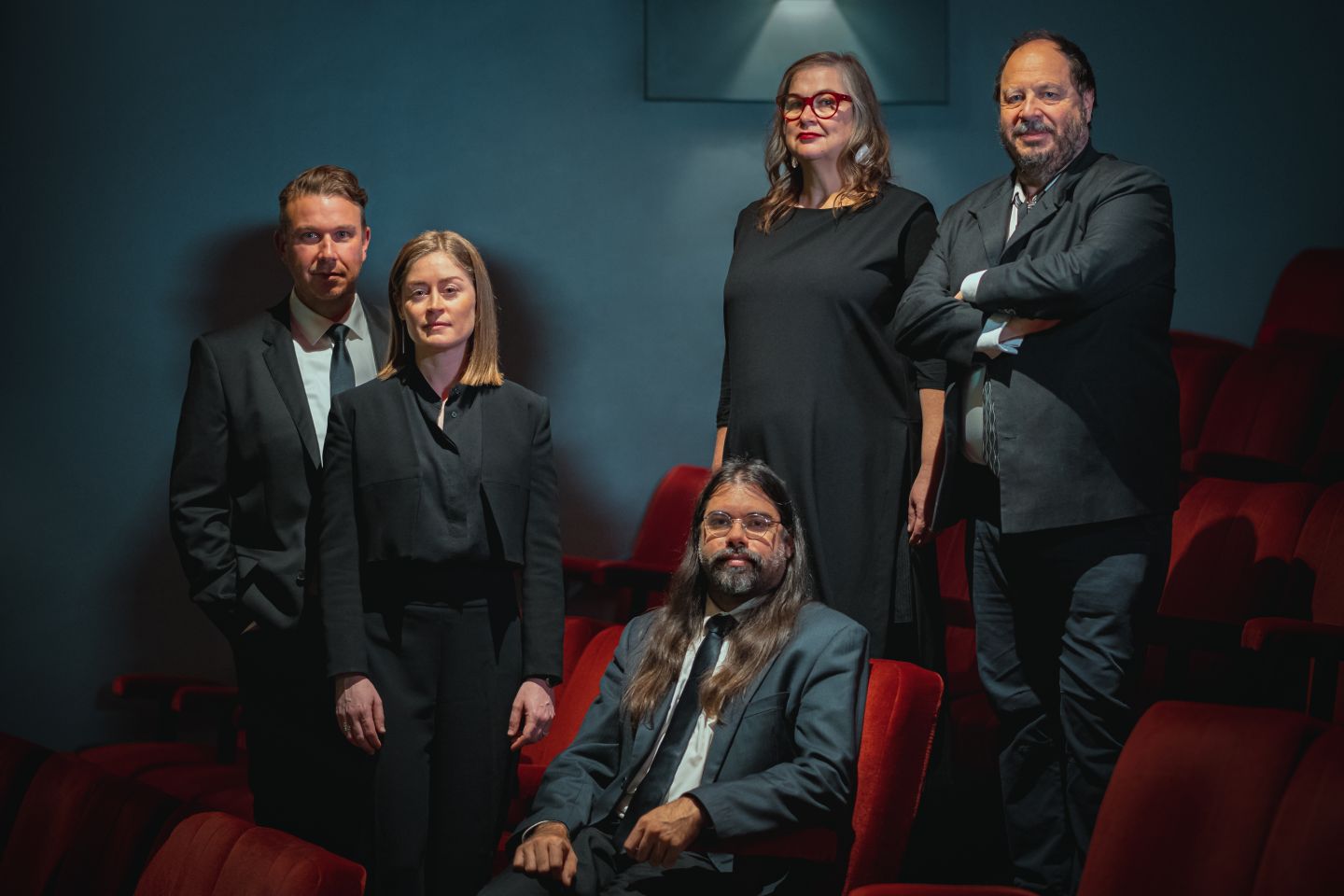 2 Minutes from Home by Decibel

Part cinema, part experimental music extravaganza, Decibel performs twenty two-minute works composed in the year 2020. The big twist? Each work is written in a radically different visual language for Decibel to decipher.
Follow along in real time with stunning projections of the animated musical scores, as the ensemble transforms colours, shapes, lines and objects into music. There’s Aaron Wyatt’s Glisten that turns jewellery box treasures into an equally shimmering soundscape; Thembi Soddell’s Let Go of Control which sounds and looks like a gritty adventure into the unknown; Marina Rosenfeld’s self-referential and resolutely non-conformist A martial exercise in togetherness; J.G. Thirwell’s Angel of Retribution in which a minefield of colourful shapes and symbols explodes across the senses; and so much more.
Open your ears, your eyes and your mind, in a concert like no other by acclaimed genre-disruptors Decibel.
The full list of composers contributing to this project is: Louise Devenish, Daniel Thorpe, Lionel Marchetti, Gail Priest, Erik Griswold, Lindsay Vickery, Dominic Flynn, Marina Rosenfeld, Cat Hope, Jon Rose, Bergrún Snæbjörnsdóttir, Stuart James, Thembi Soddell, Aaron Wyatt, Pedro Alvarez, J.G. Thirlwell, Amanda Stewart, Tristen Parr, Cathy Milliken, Haruka Hirayama and Karl Ockelford.
Add to Calendar share
ADD TO CALENDAR
GOOGLE
OUTLOOK