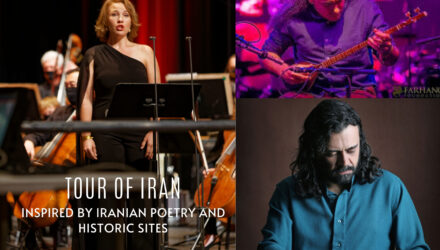 The New West Symphony’s Pre-Concert Talk features UCLA Senior Lecturer, David Ravetch, who explores the music presented in the A Tour of Iran concert in an informative, audience-friendly format.

This online edition of Meet the Artists is an expansion of a longstanding New West Symphony tradition that breaks the barrier between the stage and audience seats. Enjoy a combination of biography, artistry and insight into an artist’s process and talent. The guests of the Meet the Artists program include percussionist Pejman Hadidi, setar virtuoso Masoud Rezaei, and mezzo-soprano Sasha Cooke.

Mozart: Overture to The Magic Flute