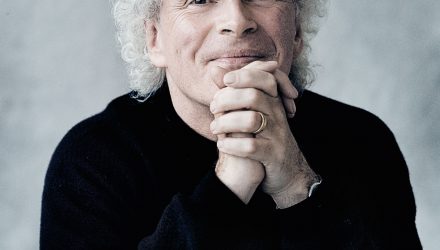 Andrew Norman: A Trip to the Moon

For the third year running Music Director Designate Sir Simon Rattle will present the premiere performance of a new children’s opera designed to showcase the work of LSO Discovery, the orchestra’s education and outreach scheme. He conducts the UK premiere of a new children’s opera, A Trip to the Moon, composed by Andrew Norman, a composer who has emerged in recent years as one of the most distinctive musical voices of our time.

Taking inspiration from Georges Méliès’ seminal 1902 silent film A Trip to the Moon, the opera follows a band of bumbling astronomers and their documentarian (the young George Méliès himself) as they explore the moon, attempt to fix their broken rocket, and meet a community of Selenites, mysterious moon people who are facing a perilous threat of their own…

The second half of the concert features a side-by-side performance of Sibelius’ resplendent Second Symphony, in which the full LSO will be joined by final year musicians from the Guildhall School’s Orchestral Artistry programme run in association with the LSO.