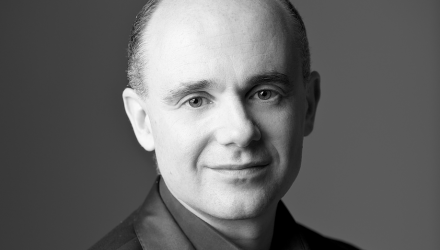 Patrick Ozzard-Low (1958) studied composition with the British composer Bill Hopkins (1943-81), who was the sole compositional pupil/disciple of Jean Barraqué (1928-73), and much later with Michael Finnissy. Finished works have been a rare event, seeming to take Barraqué’s obsession with ‘l’inachèvement sans cesse’ to an extreme: of almost two hundred works/pieces ‘in progress’, only nine in Ozzard-Low’s catalogue are complete. Recently there have been performances in Amsterdam, Cork, Cremona, London and Los Angeles. The Los Angeles Times wrote of the première of Sonata: In Opposition for solo viola: “closest to Barraqué’s Piano Sonata… in spirit if not in sound, structure or style… abstract music to imply existential states… mournful and distant when the soloist was hidden or had her back to the audience, prophetic when she faced her listeners”. The London Times described (a torso of) Piano Sonata No 2 as “arresting for the almost Brahmsian felicity of its none the less barn-storming avant-garde idiom”, reflecting that the music’s genealogy links to classical and romantic tonality as much as to Barraqué’s ultra-intense incarnation of serialism. More recently, his music has taken a new path, increasingly melodic, revelling in both tonal and spectral elements.