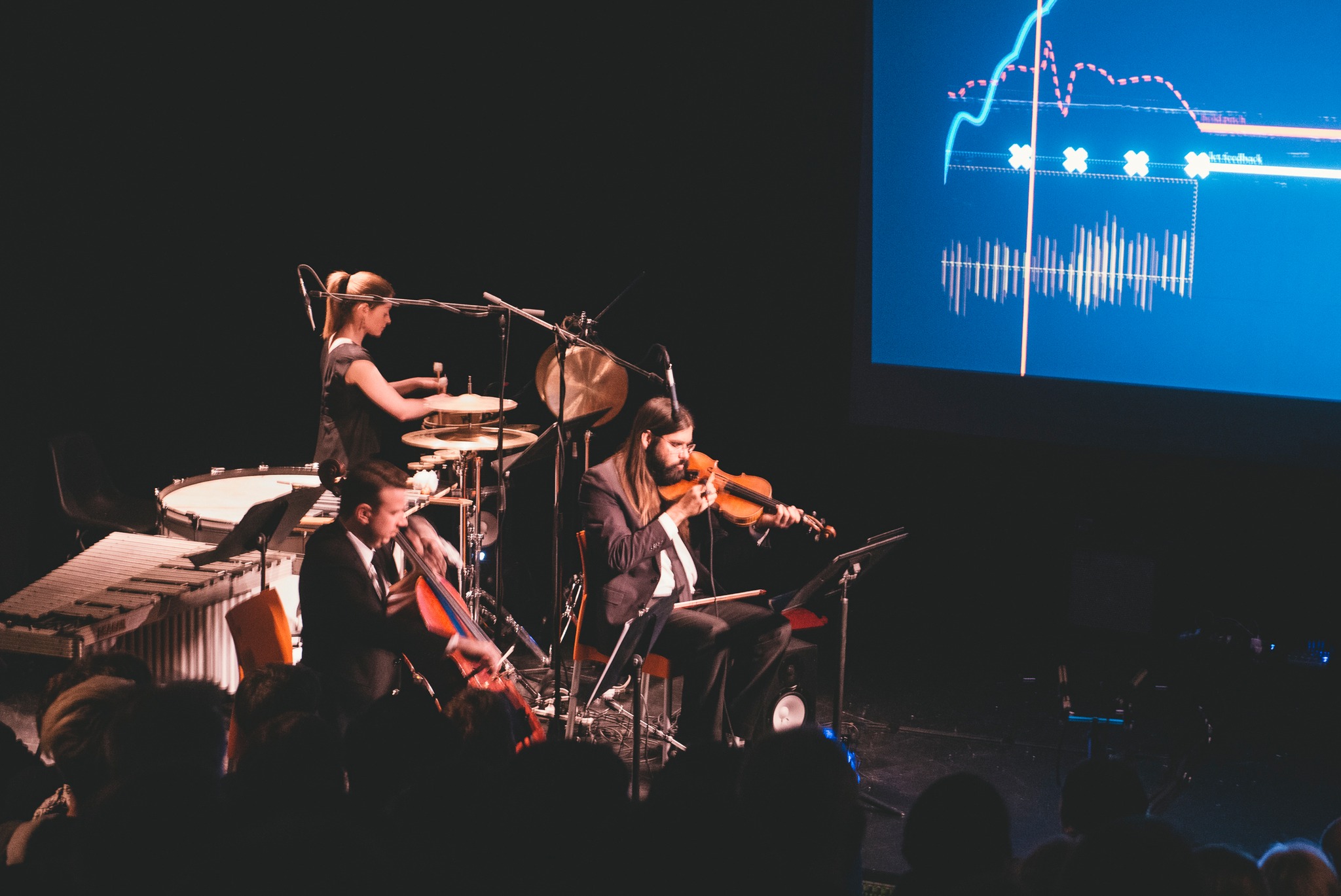 Australian new music ensemble Decibel focus on the integration of acoustic and electronic instruments in chamber music performance.
They will be playing a new work by University of Liverpool staff member Paul Turowski, works by composers from within the ensemble, and as other leading composers.
The concert will feature the screening of the dynamic, digital music notation read by the performers in real-time during the concert.
Part of Musical Futures, an annual series of concerts and events that explore the future of music-making, digital creativity, and new ways to perform, experience and interact with music.
Decibel in the UK|Australia Season is supported by the Australian Government Department of Foreign Affairs and Trade, and the Western Australian State Government through the Department of Local Government Sport and Cultural Industries. It is also supported by Monash University, Edith Cowan University and Tura New Music
—
Decibel:
Cat Hope: flutes/artistic director
Lindsay Vickery: reeds
Aaron Wyatt: viola/iOS programming
Tristen Parr: cello
Louise Devenish: percussion
Add to Calendar share
ADD TO CALENDAR
GOOGLE
OUTLOOK