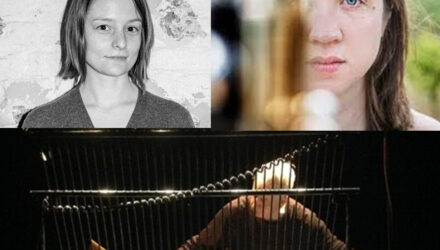 This is a launch concert for 2 new Another Timbre CDs (November release) by Ryoko Akama and Martin Iddon performed by Apartment House members ; Siwan Rhys (piano), Heather Roche (clarinet) and Simon Limbrick (percussion). Simon will also present Linda Catlin Smith world premiere piece. The album, songs for a shed, contains six piano works by Ryoko. She was initially commissioned by Another Timbre and Philip Thomas in autumn 2019. This two years’ journey is eventually released from Another timbre. Supported by PRS’s Women Make Music fund & Hinrichsen Foundation. Heather Roche will perform a live realisation of Sapindales by York-based composer Martin Iddon, a mesmeric half-hour piece for multi-track clarinets and field recordings made in woods in the Yorkshire countryside. Simon Limbrick will perform the world premiere of Clouds for solo vibraphone by the Canadian composer Linda Catlin Smith, who has emerged as a leading figure in contemporary music in recent years. Her delicate, intuitive and very personal music has received wide acclaim and she has released several CDs on Another Timbre.