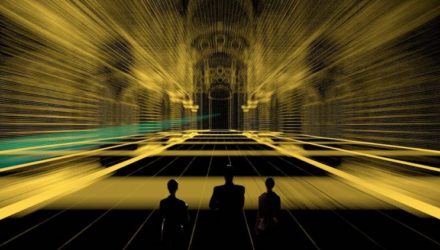 Today we live in the present future more than ever. We are right in the middle of two great crossroads that will determine the future. We talk about the Anthropocene and a new phase in human evolution, augmented and reconnected by technology.

Convinced that transformative technology must be centred on the
human being, the future collective intelligence augmented by technology will become in a few years a deep global mind already announced by Terence McKenna at ArtFutura 92.

Virtual Reality, Artificial Intelligence and Internet (IoT) will converge to create Collective Artificial Intelligence, whose language will be virtual reality and neurodigital telepathy. The collective immersion allows the fusion of people and the world into a whole. This will be the future, a world of expanded reality.
Programme:
11:30 Doors
12:00 Heath Bunting Workshop (90min)
13:30 End
Heath Bunting – Intimacy Encryption Workshop

In a time of surveillance capitalism, privacy requires some radical
methods. A workshop in how to communicate secretly over any media using nothing more than sharing some special time together. Used very effectively by former fluffy groups such as Irish Republican Army and Palestine Liberation Organization. Heath Bunting is a contemporary British artist born in 1966. Based in Bristol, he is the founder of the site irational.org with Daniel García Andújar, Rachel Baker and Minerva Cuevas and was one of the early practitioners in the 1990s of net.art. Bunting’s work is based on creating open and democratic systems by modifying communications technologies and soc