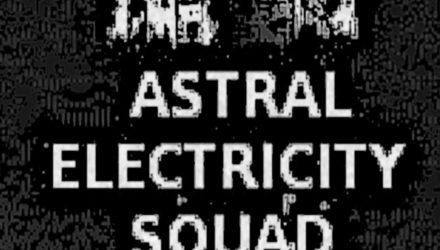 Best known as one half of the eclectic prog-ambient experiment that is The Resonance Association, Dominic Hemy has begun to slowly build a reputation as a solo artist too.

Howard Gardner first started to make electronic music in 2009 under the name of Non-Bio. While Non-Bio explored rhythmic noise and industrial with vocals, his new venture Pillars of Golden Misery expands the ideas into a broader soundscape of death industrial and dark ambient.

Rick Jensen is the founder and leader of improvising groups Apocalypse Jazz Unit, The Compulsive Ensemble and FAT COP, he performs electroacoustic music and makes films as The Oneirologist.

Howard Gardner and Misha MOX Salnikov got to know each other via mrs vee label, where the albums of their projects have been released. Gardner is responsible for industrial outfit Non-Bio, whilst Salnikov has been creating quite different music with as/with MOX Salnikov, Poostosh, QUTH and Tooth Kink. Together they improvise with a vast range of devices (including circuit bent DIY machines).

Russian-born and based in the UK, Lydia Kavina is currently one of the leading performing musicians on theremin. As a solo performer, Mrs. Kavina appeared at such prestigious venues as the Royal Albert Hall, Barbican, Metropolitan International Music Festival & more.