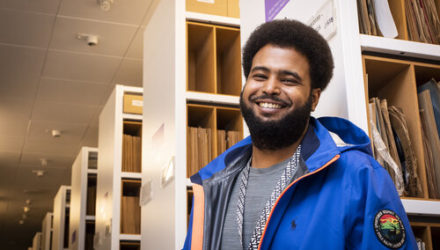 An Eritrean born in Saudi Arabia and raised in London, AWATE has been producing music for over 15 years. Nominated for ‘Best Urban Act’ at the 2018 Unsigned Music Awards, AWATE’s music, including his Happiness EP – praised as a ‘British rap masterpiece’ by Trench Mag – has been featured on BBC Radio 1, 1Xtra and 6 Music, as well as Noisey, Spotify and Complex.