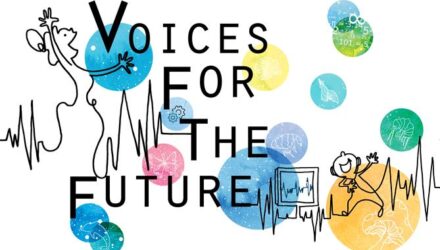 “Beatrix Potter’s Secret Kingdom”
Part of UK FUNGUS DAY, this unusual music-drama was created by EVT Artistic Director, Frances M Lynch and is performed live on ZOOM by electric voice theatre, BSL Interpreter Lauren Lister, and the Voices for the Future Virtual Choir with music by Dorothy Howell (1898 – 1982)and Nicola Lefanu with world premieres by Frances M Lynch, Kira Ramchaitar-Husbands, and a MEGASONG about Beatrix & her Fungi by Hawkshead Esthwaite Primary School.

The performance will be introduced by leading mycologist Professor Lynne Boddy and our “BEATRIX POTTER FUNGI SONG” COMPETITION (open to primary school children) will be launched by Judith Weir (Master of the Queen’s Music).