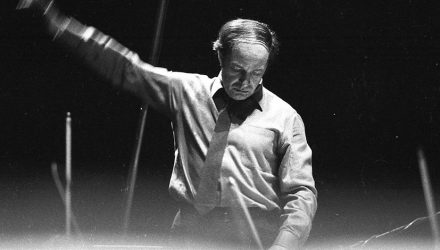 Meaning The Hammer Without a Master, Boulez’ iconic work is a classic of the twentieth century whose sonority and sense of time and direction were profoundly influenced by music from Asia and Africa. Rising star Tom Harrold’s new work has been commissioned by Psappha to complement the Boulez.

Berio’s Naturale pairs live musicians with recordings of Sicilian street vendors highlighting the contrast between flowing folk melodies and the raw, natural voice of the street singer. Takemitsu’s Towards the Sea recalls the ebb and flow of the ocean and was commissioned by the Greenpeace Foundation for their Save the Whale campaign.

*The Tom Harrold commission is supported by the Fidelio Charitable Trust.

Psappha: Demystifying New Music
Pre-concert film – 6.00pm – free to ticket holders
Barrie Gavin’s 2005 film: Pierre Boulez: Living in the Present. Learn more before you see it played. Come early, get a drink and settle into your seats for a special screening of this intimate portrait of a remarkable artist and his inspiration.