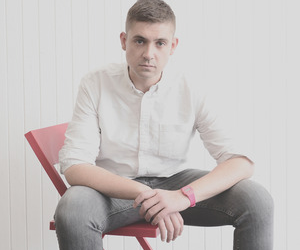 Blending electronic elements and sweeping synth sounds with his signature layered vocals and dreamy instrumentation, the follow up to his Mercury Prize nominated debut ‘Architect’ won huge praise from the likes of The Guardian, The Sunday Times, Mojo, Uncut and The Quietus.

With a brand new and bigger live show in tow, C Duncan has blossomed into a fully accomplished live artist. Having fast-tracked from playing basement venues alone to selling out 900 cap venues within a year, his live show has come along hugely. Now joined by a four-piece band, they provide the perfect backdrop for his hushed vocals and help execute the plentiful harmonies with mesmerising precision.