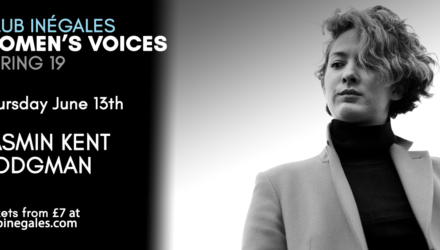 Jasmin Kent Rodgman is a British-Malaysian composer and producer. In 2017/18, she was a London Symphony Orchestra Jerwood Composer, writing new music as well as curating for their 2018 programme. Whilst working with the LSO, she had the privilege of being mentored by Errollyn Wallen and Jude Kelly. She is currently one of the 2018/19 British Council PRS Musicians in Residence, China.

Her work focuses on cross-arts collaboration and interaction, celebrating identity and social engagement. Drawing inspiration from, and engaging with diverse communities, her music is explorative and plays with a sense of narrative, often experimenting with live music, sound design and electronics. Most recently, she travelled to Bangalore to direct idol lost, a dance film featuring Indian contemporary dancer Hemabharathy Palani (2018 Rambert Fellow), filmed to accompany her LSO commission by the same name.

Her work has been performed across London and the UK including The Barbican, The Albany, Arcola Theatre, Total Refreshment Centre, Grimeborn Opera Festival and Secret Garden Party Festival.