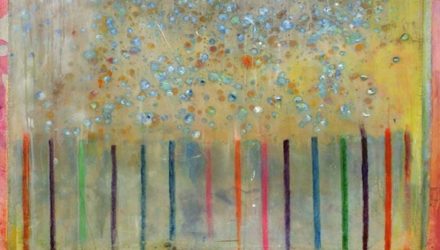 Rita Braga is a singer, performer and multi-instrumentalist from Lisbon, based in Porto. She performs solo and sometimes collaboratively an unusual repertoire of songs in over ten languages, as well as original compositions and soundtracks. From time to time, she receives insight from cartoon personalities in her dreams (such as Bugs Bunny) on how to conduct her career.

Neil Luck is a composer and performer and director based in London, interested in live performance, fallible bodies, the pathetic, theatre, the esoteric. His work often attempts to frame the act of music making as something curious, or weird, or useful, or spectacular in and of itself. He works with my own groups and others.
MAYA YIANNI
Maya Yianni is a SE London-based artist that adopts a DIY approach to her work.
Maya’s sound is unapologetic and frank, drawing inspiration from the menial and meaningful moments of life. In her early years she was surrounded by her father’s vast and eclectic record collection, which included musical gems from many genres…