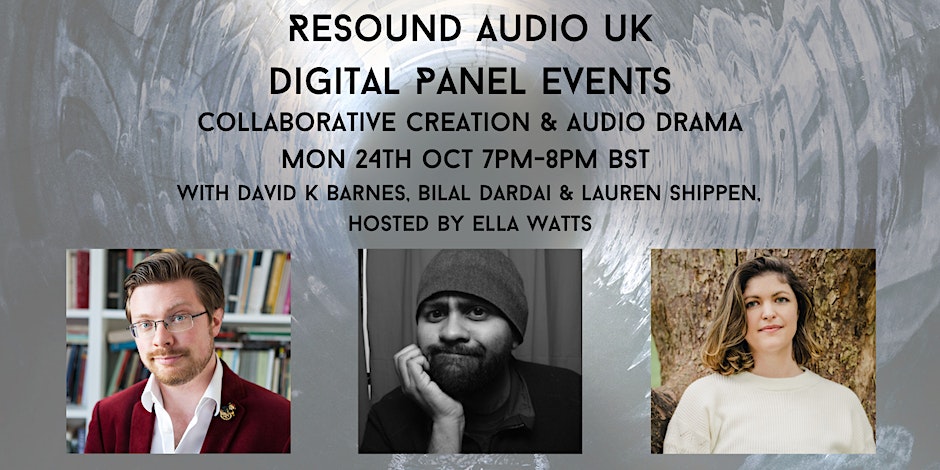 What are the key ingredients for successful collaboration in audio drama? What does working with multiple writers bring to a drama? What are the challenges of writers rooms? What other forms of collective creation might we imagine?

Bilal Dardai is a playwright, audio creator, essayist, and performance artist who has been based in the Chicago theatrical community since 2000. He is writer on audio drama UNWELL. He is an emeritus ensemble member and artistic director of The Neo-Futurists and a current ensemble member at Lifeline Theatre. He is a regular fixture in Chicago’s thriving “live lit” scene, performing essays at The Paper Machete, Write Club, and Salonathon; and he is a contributing scriptwriter to the audio drama PLEASURETOWN. Bilal has been nominated for three Joseph Jefferson Awards and is a past recipient of an Illinois Arts Council Fellowship in Scriptworks.

Lauren Shippen was the creator of the popular audio drama THE BRIGHT SESSIONS before writing and directing the #1 podcasts BRDIGEWATER and PASSENGER LIST. She also wrote MARVELS, an audio adaptation of the popular comic and SURVIVING HAWKINS: A STRANGER THINGS podcast.