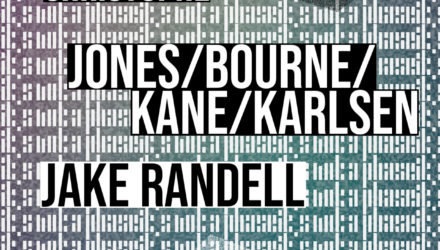 COLLIDER is the meeting of four stalwarts of the Leeds music scene. Carved from the heady days of the Leeds Improvised Music Association (LIMA), COLLIDER combines the energy, volume and innovation of bands such as Bilbao Syndrome, Trio VD and Bourne/Davis/Kane. COLLIDER is a completely improvised bludgeon to the ears – with Matthew ‘voltage’ Bourne on analogues, guitar ‘Lothario’, Chris Sharkey; bassist Dave ‘weapon’ Kane and Chris ‘Chris’ Bussey on drum set. COLLIDER is a band that meets up and plays without discussion. The results are usually documented in some way – the most notable being from the BBC’s now defunct Jazz on 3 programme.

Norwegian drummer and improviser Emil Karlsen is quickly establishing himself on the UK creative music scene earning a reputation for his forward-thinking playing expanding the timbral and sonic possibilities of the drum kit. His work as improviser consists of doing acoustic solo performances, working in ensembles spanning from duos to octets and beyond, exploring graphic scores with an interest in audio visuals using both digital and analogue medias, all done with a focus on creating boundary-pushing music.

Karlsen will be joined by Matthew Bourne, Dave Kane and Ed Jones.

Jake Randell is researching the compositional possibilities of decoupled organ pipes through a practice-led PhD at the University of Leeds.

Jake will be performing Impossible Games for clarinet and bass drum, and a new ensemble work for decoupled organ pipes.