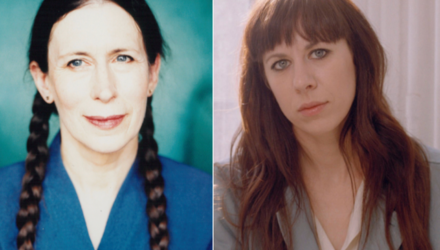 The Composer to Composer series features major American composers in conversation with each other about their work and leading a creative life. The intergenerational discussions, moderated by ACO Artistic Director Derek Bermel, begin by exploring a single work with one composer interviewing the other. Attendees will gain insight to each work’s genesis, sound, influence on the American orchestral canon, and be invited to ask questions of the artists. Events will be live-streamed and available for on-demand viewing for seven days following the live event.

On March 31, Missy Mazzoli talks with Meredith Monk about her work WEAVE, from 2010, of which Monk writes, “I conceived of WEAVE for Two Voices, Chamber Orchestra and Chorus as a continuous, seamless form in which layers that are at first part of a texture are gradually revealed, take on their own life and then are modified by the next layer that appears. Each passage evolves from the preceding one . . . There is an organic build of momentum in each passage of WEAVE leading naturally to the next, as indicated by the marked tempi. The ebb and flow of the piece depend on the relationship of tempi from one passage to another and the balance between the solo voices, instruments and chorus.”