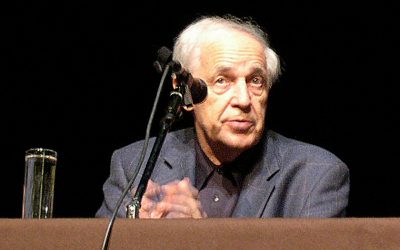 Conference: Boulez is dead : Boulez lives on – call for papers

As part of the forthcoming Severnside New Music Festival 2016 we plan to stage a day of talks and seminars giving composers an opportunity to discuss Pierre Boulez’s influence on their music and on the state of contemporary music today. We are delighted to be able to extend this opportunity beyond the SCA membership.Pierre Boulez’s death at the beginning of this year has been described by many as a symbolically significant moment. It is viewed by some as closing a chapter in the story of contemporary music. Boulez’s influence on the course of classical music over the past 70 years has been immense, but is it a lasting legacy? Did the European avant-garde, of which he was such an iconic figure, succeed in its revolutionary objective or does it now find itself lost in a cul-de-sac of public indifference or even hostility?It is recognised that the compositional work of members of composer alliances such as SCA represents a rich and varied range of musical styles and aesthetics, and this diversity is one of the great strengths of such organisations. The work of some composers has been fundamentally moulded by the compositional techniques of the European avant-garde, while others have avoided such influence – or even vehemently rejected it. Composers are invited to submit papers to be delivered at this year’s SCA composers’ forum. We will welcome contributions from both extremes of the divide, and from all shades of opinion in between. Composers may choose to focus on the influence of Boulez on their work, or may use this platform as an opportunity to talk about ideas in the technical, aesthetic or spiritual realm that have formed their musical language. Above all, the event is intended as an opportunity for composers to meet and get to know more about each other’s music and the ideas behind it.https://www.dropbox.com/s/jc2dje7xerlh452/Call%20for%20papers.pdf?dl=0