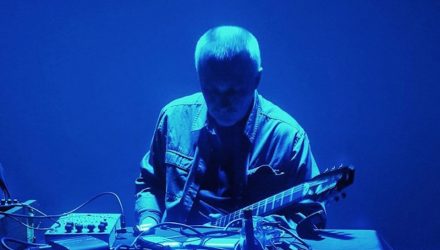 Elektro Moskva tells the strange but true story of the evolution of electronic music against a backdrop of revolutionary politics, social upheaval, and totalitarian control.
.
For its debut event Corpora Aliena is proud to present the Russian experimental music pioneer Alex Borisov, who will be giving a live performance using noise, free improvisation, field recordings and the spoken word.

Based on the theme of ‘objects and things’ – the evening brings together leading musicians who work with analogue music technologies and object-based D.I.Y and self-made instruments.

One of the aims of Corpora Aliena is to work with artists from the international community, and joining Borisov for the evening are Phil Durrant (UK), Eden Grey (U.S.A) and Laura Netz (Spain).
TICKETS: https://www.tickettailor.com/checkout/view-event/id/134444/chk/b605