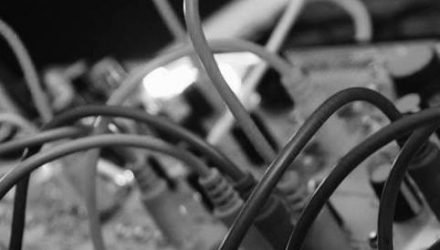 The next modular synth meet in central London!
This event is a showcase of our custom-built eurorack synthesizers that encourages everyone to have hands-on experience using modular synths. It is a great opportunity to talk about everything modular, and to try out modules you may be interested in eventually adding to your own synth!

CV FREQS is open to all who are interested in modular synthesis, and it is not required to bring a synthesizer. However, all are welcome to bring their eurorack synthesizers and DIY sound making projects to show and play, as well as speakers and/or headphones. Set up is from 10 AM!

And this event’s special guest playing a live modular set will be joining us from The Netherlands:
AJFourier aka Arjan Schuijt of MDLRCASE!

AJFourier is the Moniker of Arjan Schuijt an electronic music veteran from the Netherlands.

At a young age, he started collecting old hifi gear and playing with it. He loved to record music from pirate dance radio stations and after recording cutting his tapes down to little mixes.

In the early nineties he discovered electronic music and started dj’ing in the Dutch housescene. The same time he started producing and began to to buy and collect all kinds of studio gear and hardware synths.

In 2002, he started his own DJ/Producer store in the centre of Alkmaar called The Art of Sound where he sells records, DJ and studio gear.

Nowadays his focus is doing live performances with his modular setup, synths and external effects. His sound is always built around ambient atmospheres mixed with broken beats and floating dub chords.