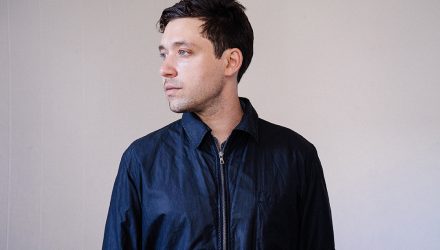 Daniel Wohl’s music blends electronics with acoustic instrumentation to often ‘surprising and provocative effect’ (NPR). He has produced albums, orchestral and chamber works, film and ballet scores, and has received critical praise as one of his generation’s ‘imaginative, skillful creators’ (New York Times) making work that is ‘beautiful… original’ (Pitchfork).

He has worked with chamber ensembles and orchestras including the Los Angeles Philharmonic, American Symphony Orchestra, New York Youth Symphony, Sõ Percussion and has collaborated with artists such as Laurel Halo, Julia Holter, Lucky Dragons, and Son Lux.

Winner at the Royal Philharmonic Society Music Awards 2015 (Ensemble category), the London Contemporary Orchestra has established itself as one of the UK’s most innovative and respected ensembles – promoting the best new music and cross-arts collaborations to an increasingly wide audience. Formed in 2008 by co-artistic directors Robert Ames and Hugh Brunt, the LCO has collaborated with a distinguished array of composers, artists and brands, including Radiohead, Secret Cinema, Vivienne Westwood, Goldfrapp, Beck and Foals.

For this special concert, Daniel Wohl and the LCO will perform music from Holographic. The visual counterpart is provided by artist Daniel Schwarz, whose generative proj