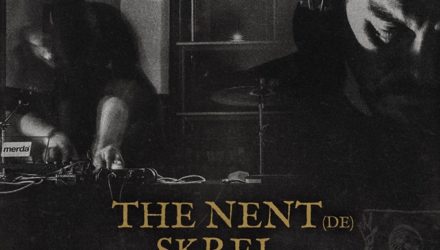 Dark Alchemy Bristol are proud to present a special preview event, curated especially for the Iklectik, presenting four of the artists billed to play at Dark Alchemy IV Festival in the Church of St Thomas the Martyr, Bristol the following night.

Co-headlining for the Iklectik are two artists from Berlin, Skrei (Guiseppe Capriglione) and The Nent (Vincenzo Gagliardi). As well as creating their own striking individual performances, they collaborate on the artistic project Modern Bön. In this capacity they create events which aim to “create an invisible mental and emotional gate between eeriness and esoteric artistic and performative contents and the audience.” Contributing artists include Phurpa, Corps, Vomir, Treha Sektori, and Il Santo Bevitore (Nicola Serra), who also features on this line-up.

Capriglione and Gagliardi (together with Laura Polańska) also co-created Metzger Therapie, a Berlin based experimental label “interested in Drone/Noise/Ambient music and in promoting unaligned forms of sounds and art.”