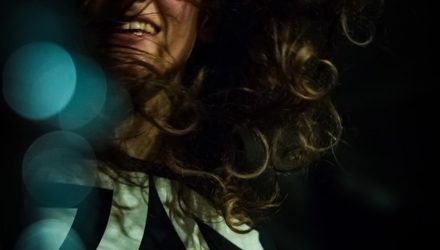 Bex Burch (Vula Viel) is a percussionist specialising in the Dagaare xylophone or Gyil.

Bex says” I wanted to curate a band to play together for the first time. Tom Herbert is a bassist I’ve known since watching Polar Bear as a teenager, and we will both be meeting Beanie Bhebhe for the first time on stage. I’m excited to play with two incredible voices in the U.K. scene. This will be a one time performance. The music that comes through never to be heard again.”

Three Strings & Two Breaths – duo Çiğdem and Tahir focus on Alevi songs from Anatolia- mostly songs of love and mysticism from 14th-20th century. The Alevi path as a belief system is based on love and respect for all people, attitudes, knowledge, sharing and science. Alevis believe that one must respect and have knowledge of nature. The principles of love, tolerance and humanism are significant to Alevi philosophy.

A meeting of kindred spirits, the music of pianist Maria Chiara Argirò and guitarist Jamie Leeming is a dialogue between two unique artists inspired by jazz, latin, classical and folk music. At the heart of the duo is a vibrant sense of spontaneity, which embraces the myriad of colours, textures and sounds they create between them. Combined with free improvisation and an intuitive level of interplay, each performance is a one-off experience. They will be presenting music from the upcoming duo album entitled ‘Flow,’ which will be out in 2020.