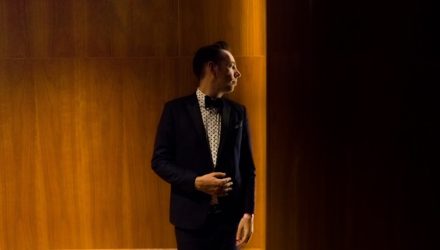 Jherek Bischoff is a Los Angeles-based composer, arranger, producer, and multi-instrumental performer whose numerous collaborators include the likes of Kronos Quartet, David Byrne, Neil Gaiman, and Robert Wilson. Bischoff is currently composing music for two new theatre productions and scoring for film and television. His most recent album Cistern, released on the Leaf Label, contains a suite of string-drench instrumentals.

The performance of saxophonist Robert Stillman and 12 string guitarist Anders Holst will draw upon the chapel’s resonant acoustics as a platform for their own works alongside those of Ornette Coleman, John Fahey, and Moondog.

Songwriter, jazz guitarist, ukuleleist and vocalist Rosie Frater-Taylor is credited as ‘One To Watch in 2019’ by Jazzwise Magazine. Listening to her voice in a place with one of the best acoustics in London is something to get out of bed for this Saturday morning.