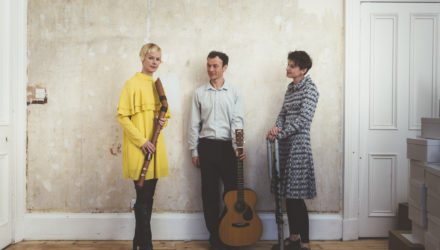 Mara Simpson is a British musician and storyteller, currently based in Brighton. She loves to draw together the sublime and ridiculous from our everyday life to create lucid, silky soundscapes and narrate stories full of transcendence and beauty. Among her most recent collaborations are musicians Poppy Ackroyd and Jools Owen, as well as visual artists and choirs.

Alexandra Hamilton-Ayres is a Bristol-based film composer and classical electronic artist. As a solo artist performing piano and live electronics, Alexandra’s passions lie in the duality between the classical and electronica worlds, as well as the moving picture and her piano. Her music has been described by The White Room Magazine as “majestic, at times monumental… the force and vastness of nature”. Her most recent film work includes BAFTA-nominated Douglas King’s new dark comedy Do No Harm. She will release her album 2 Years Stranger in 2020.