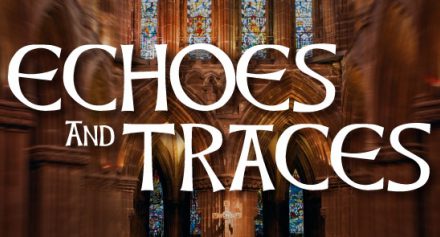 Echoes and Traces is a world-premiere concert tour of new choral works, developed in response to a 900 year old plain-song fragment from Orkney that celebrates St Magnus: Nobilis Humilis. This text and melody is extremely special, being one of the oldest surviving examples of Scottish music.  The new works are being written by eight of Scotland’s most eminent composers: Sally Beamish, Rory Boyle, Stuart MacRae, Aidan O’Rourke, Ailie Robertson, Savourna Stevenson, Hanna Tuulikki and Matthew Whiteside. Acclaimed Scottish choir Cappella Nova, a group famous for its performances of contemporary music, will perform the concerts at Historic Scotland venues around the country.This project will be one of the most significant cultural events in Scotland in 2016, highlighting the breadth of Scottish talent. The performance is compered by John Purser, one of Scotland’s most acclaimed cultural ambassadors, and will run for 90 minutes without an interval. The project is supported by Creative Scotland and, the Hope Scott Trust, and Sound and Music, and is produced by Lorimer Productions in partnership with Historic Environment Scotland.