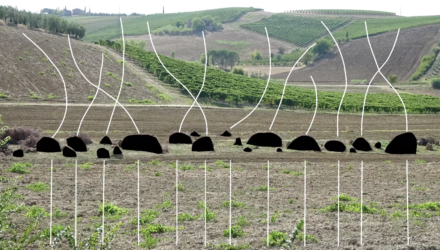 The film originates from a reflection on Marcel Duchamp’s ‘elementary parallelism’ and consists of a back-and-forth exchange between the two artists based on video material reflecting their opposite yet similar image-making process. While Salvadori’s assemblage-based approach departs from existing fragments of audio to video footage that are subsequently arranged together in a continuous chain of casualties through elements of chance and free association, Gillie’s entropic attitude relies on the construction and subsequent dismantlement of geometric spaces or structures.