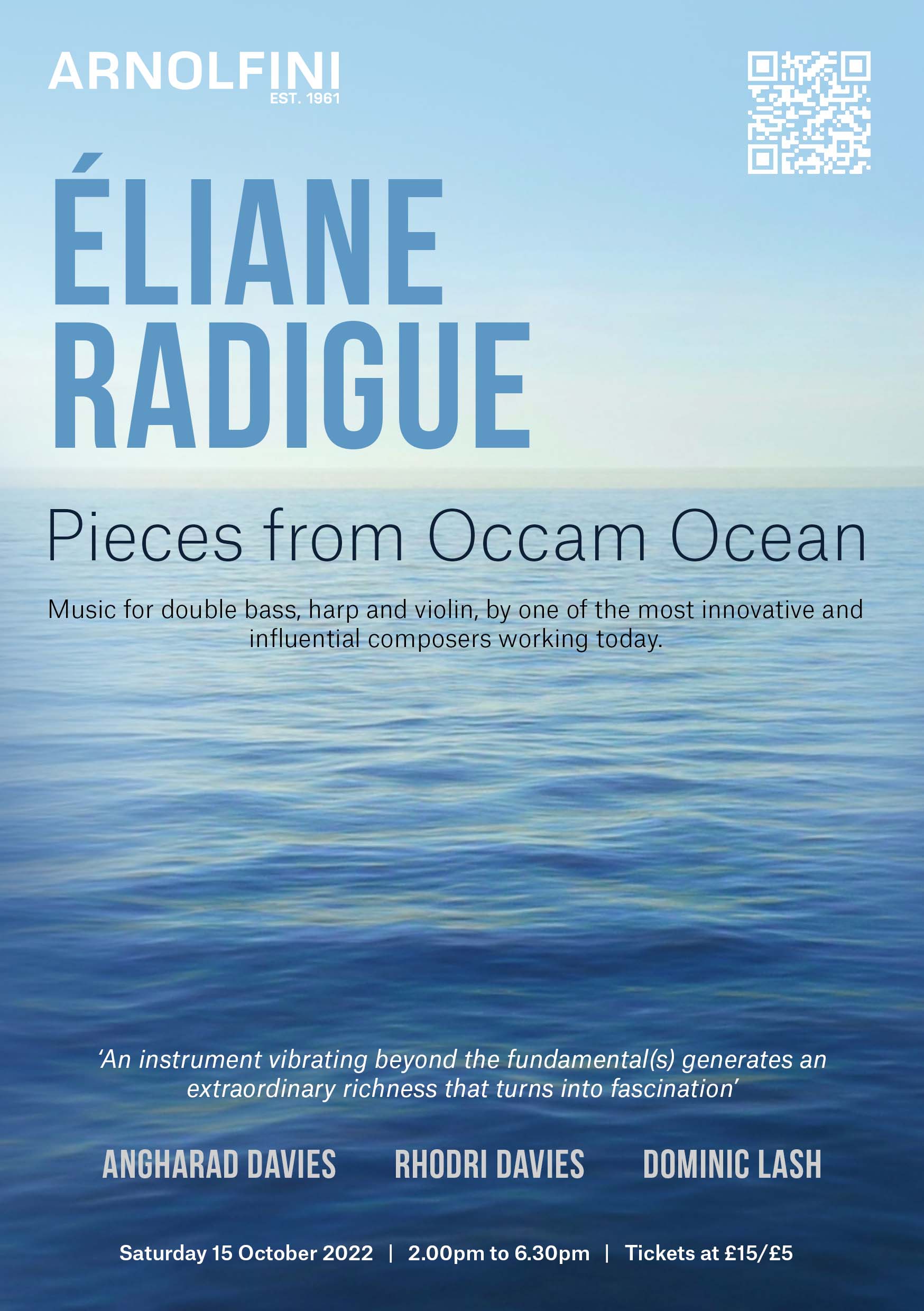 Violinist Angharad Davies, harpist Rhodri Davies, and double bassist Dominic Lash present all of the pieces written for them by legendary composer Radigue, in a two-part extended concert. Including the UK premier of Occam River XVIII for harp and double bass.

Éliane Radigue (born 1932) is regarded as one of the most innovative and influential composers working today. Up until 2000, she was known for work produced electronically. Since that time, she has composed mostly for acoustic instruments, and from 2011, she has composed exclusively in collaboration with individual performers, working with the musician’s personal technique and relationship to their instrument, using solely oral and aural means of transmission rather than written scores. The resulting body of work is the series Occam Ocean, some 80 solos and chamber pieces, written for some of the leading exponents of experimental music.