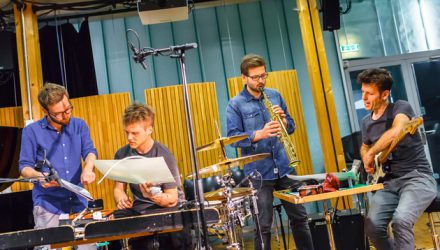 The concert also features Sahaf by Chaya Czernowin, who saw the first major UK exploration of her work at the RCM earlier this year.

Ensemble Nikel also present a composition workshop as part of their residency.