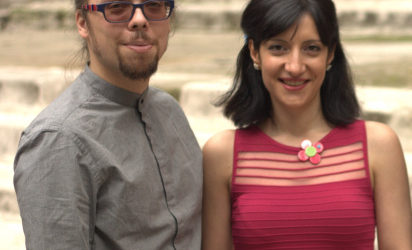 Formed by Paul Evernden and Angela Najaryan, both Royal Academy of Music alumni with a passion for both new and old, the Eos Ensemble plays in different formations and alongside regular collaborators Thomas Ang and Pavel Timofeyevsky. In this concert, Ang, Evernden and Najaryan present works by Estonian, German, Catalan and English composers, including two world premieres.