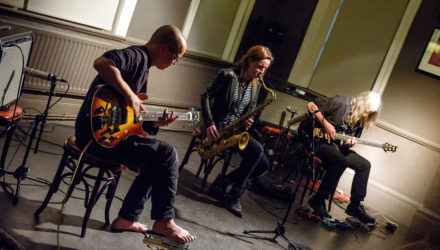 “In a field of experimentation and free music, Eris 136199 stands as singular.” — The New York City Jazz Record

The group Eris 136199 was formed in New York in 2012 and is the quick-reacting cyborg virtuosity of Han-earl Park (Sirene 1009), the mighty melodic imagination and big tenor sound of Catherine Sikora (Clockwork Mercury), and the diamond-cut precision and grind-meets-experimentalism of Nick Didkovsky (Doctor Nerve).