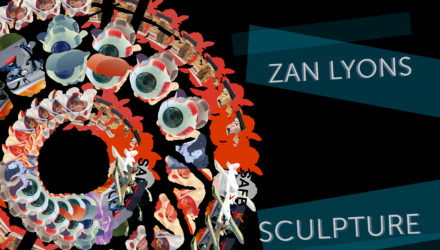 ‘Triple loop’ is a new audiovisual performance by Blanca Regina where she uses Oracle systems and audience participation to envisage our inner narratives using her voice, electronics, objects and visuals. ‘Triple Loop’ invites Noriko Okaku as a second performer this time. She brings her self-made Derbyshire tarot cards that were produced as an extension of her animation work The Interpreter (2015).

Blanca Regina is an artist, curator and tutor based in London who is currently involved in creating audiovisual performances, sound works, installations and film. She has performed with numerous artists, including Leafcutter John, Steve Beresford, David Toop and Matthias Kispert, and curated a number of events and i