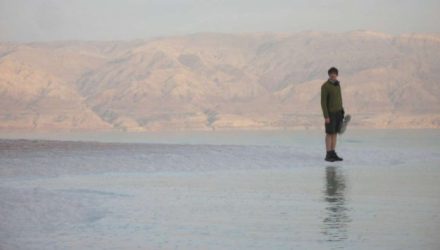 Spain NOW! is an annual season showcasing the latest creative talent coming out of Spain. It takes place all around London and strives to break traditional geographical barriers in as much as cultural consumption in the capital is concerned. With an all-inclusive ethos, Spain NOW! looks at the whole gamut of artistic disciplines and, through a rigorous selection process, presents to London audiences a comprehensive number of exhibitions, events and performances reflecting the artistic output of the Spanish art scene/world of that year. http://www.spain-now.org.uk/

Pablo Padilla Jargstorf – Live Computer Music.Pablo A. Padilla Jargstorf, born in Madrid in1975, is an architect and an artist. After starting his formal music education at a very young age, with piano as his primary instrument, towards the end of the 1990s he began to experiment with sound art and composition, while completing his architecture studies. From the outset, he has specialized in the field of sensory distortion, creating new environments in pre-existing places by disfiguring them. His relationship with architecture has led him to work on site-specific installations. There he explores the spatial side of sound, and its interaction with visual and tactile feedback, creating a whole sensual scene. http://www.jargstorf.com/

Carlos Gárate Marquerie (Madrid,1989) is a sound artist that lives and works in London. His B.A in Sound Arts was received from London College of Communication. Carlos researches, both theoretically and in his artistic practice, the agency of Earth’s materiality and energies on social systems. He works primarily with electromagnetic waves and subterranean vibrations to build his music performances and sound installations.