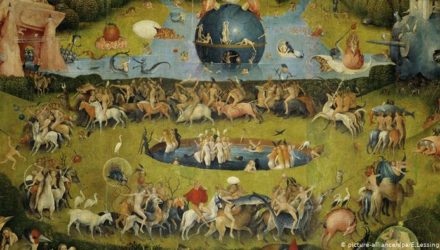 David Bickerstaff gives us the inside track on the genius who inspired Detlev Glanert’s new Requiem for Hieronymous Bosch.

Few painters from five centuries ago have maintained such a stranglehold on our collective imagination as Bosch does with his epic, detailed canvases depicting the virile dance between heaven and earth. Bickerstaff’s film, which includes contributions from Peter Greenaway and Rachel Campbell-Johnston, gets up close and personal with some of Bosch’s most remarkable paintings and asks how one artist on the cusp of the Renaissance could capture the great existential questions of life with such immediacy and flair.

This event if part of the BBC’s ‘Glanert: Total Immersion’ series.