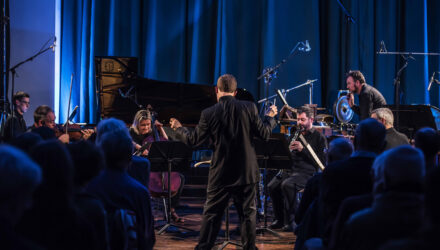 –
Psappha launches its 30th-anniversary season with a typically adventurous programme celebrating the possibilities of new music – and the fearless brilliance of young British composers.