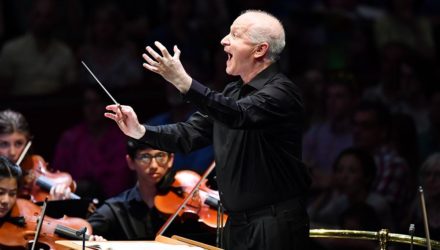 George Benjamin: A Duet and a Dream

In Dream of the Song, Benjamin looks to the vivid world of Andalusian poetry. Writing for Bejun Mehta – “arguably the best countertenor in the world today” (Süddeutsche Zeitung) – he pairs Arabic-inspired medieval poems with those of Federico García Lorca, creating a subtle sound-world of gentle choir murmurs and orchestral colours backing the solo voice. In his words, ‘The poetry I chose abounds in imagery of stars and moonlight, and I wanted to try to capture a silvery tone for the whole piece.’

Janáček’s Sinfonietta completed the programme at the premiere of Dream of the Song in 2015 – the two works complement each other perfectly. Janáček spins the opening fanfare into new colours and melodies, exploring fascinating harmonies in 20 thrilling minutes of music. The piece ends in triumph when the fanfare returns in a glorious version for full orchestra.

In the first half, an atmospheric early work by Benjamin’s friend Oliver Knussen sets the scene for Messiaen’s interpretation of the song of the blue rock thrush, and Benjamin’s intricate Duet for Piano and Orchestra. The Duet was written for tonight’s soloist Pierre-Laurent Aimard, a revered performer of 20th- and 21st-century music.