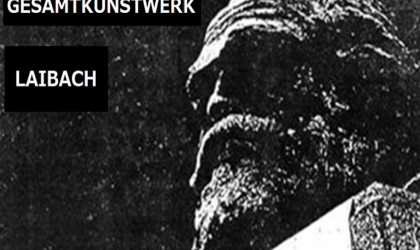 For nearly forty years now, the Slovenian art collective Laibach have fascinated their audience with totalitarian symbolism and constantly changing music styles. In this volume, German- and English-speaking scholars examine the elusive phenomenon that is Laibach using a variety of perspectives and approaches in survey chapters and individual case studies that cover the entirety of Laibach’s oeuvre, from the group’s beginnings in post-Tito Yugoslavia in the early 1980s, up to their 2017 album Also sprach Zarathustra.

Gesamtkunstwerk Laibach offers exciting new interpretations of a band that continues to thrive artistically, astonishing the international cultural scene with their unpredictability and genius for provocation.

Research Fellow, Burren College of Art. Alexei Monroe’s book on Laibach and NSK has been published in Slovenia, America, France and Germany.

SIMON BELL
Educated at Reading University and trained at Guildford School of Acting, with a PhD in Laibach and the NSK from Anglia Ruskin University.
UWE SCHÜTTE

Reader in German at Aston University, Birmingham; editor of the volume Gesamtkunstwerk Laibach;

Reader in Film,Television and Moving Image at the University of Westminster; author of Guerrilla Networks(2018)on radical media in the 1970s, editor of Music/Video (2017) and author and editor of several publications on post-punk, industrial and noise musics