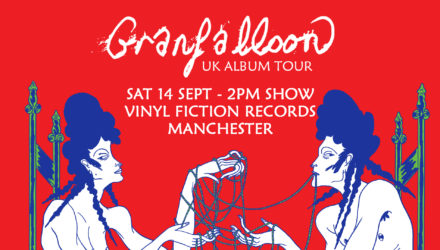 To celebrate the release of their second album on 12″ record, Granfalloon will be playing a special afternoon in-store gig at one of Manchester’s finest record shops, Vinyl Fiction in Chorlton.

Granfalloon make a hybrid of lo-fi, folk, indie, & electronica – weaving oddball elements, such as Omnichords, guitars, and vintage drum loops, into dreamy songs and cinematic soundscapes. Granfalloon’s second album entitled RGB is out this September on 12″ vinyl and all streaming platforms. The band will be playing their full album launch proper for Hey! Manchester at The Eagle Inn in Salford on Friday 27th September.