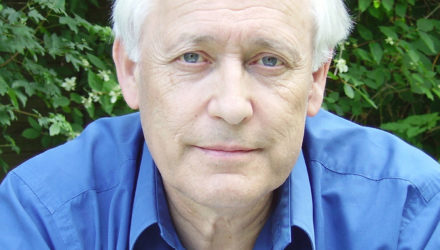 GWYN PRITCHARD AT 70: A PORTRAIT

Gwyn Pritchard’s striking and evocative compositions are regularly performed and broadcast around the world, and have been represented at numerous major international festivals. He is also widely recognised as founder and Artistic Director of London Ear Festival.

This event offers a UK audience the opportunity to experience his music in a special concert to celebrate his seventieth birthday year, given by Uroboros Ensemble which he founded in 1982. The ensemble includes some of Britain’s leading instrumentalists in the field of contemporary music, and has performed throughout the UK and abroad, often receiving critical acclaim.

The programme includes nine pieces, five for mixed ensemble, and four for soloists: flautist Rowland Sutherland, oboist Christopher Redgate, and pianist Mary Dullea. The earliest of the pieces was composed when Pritchard was in his twenties, the most recent, a UK premiere, completed in August 2018. In character they range from an uneasy, taut lyricism to the overtly confrontational or complex.

Many years ago pianist Nicolas Hodges wrote of Gwyn Pritchard “… the music strikes the listener with a sense that its progress and indeed very existence is somehow inevitable…where he goes next will be of great interest to all those concerned with the music of today”. Here is a chance to find out!