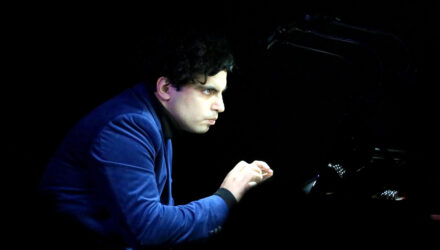 This 40-minute version of the work matches the scale of Beethoven’s ‘Hammerklavier’, transforming each movement in reverse order. Adam de la Cour’s film draws on concert films of Richter, as well as queer cinema of the mid-20th-century in a complex dialogue with the music.

The performance will be preceded by an introductory talk and discussion with the co-creators, discussing Finnissy’s approach to transcription, de la Cour’s experimental film techniques, the work’s exploration of Richter’s pianism and sexual identity, and the relationship between piano and film.