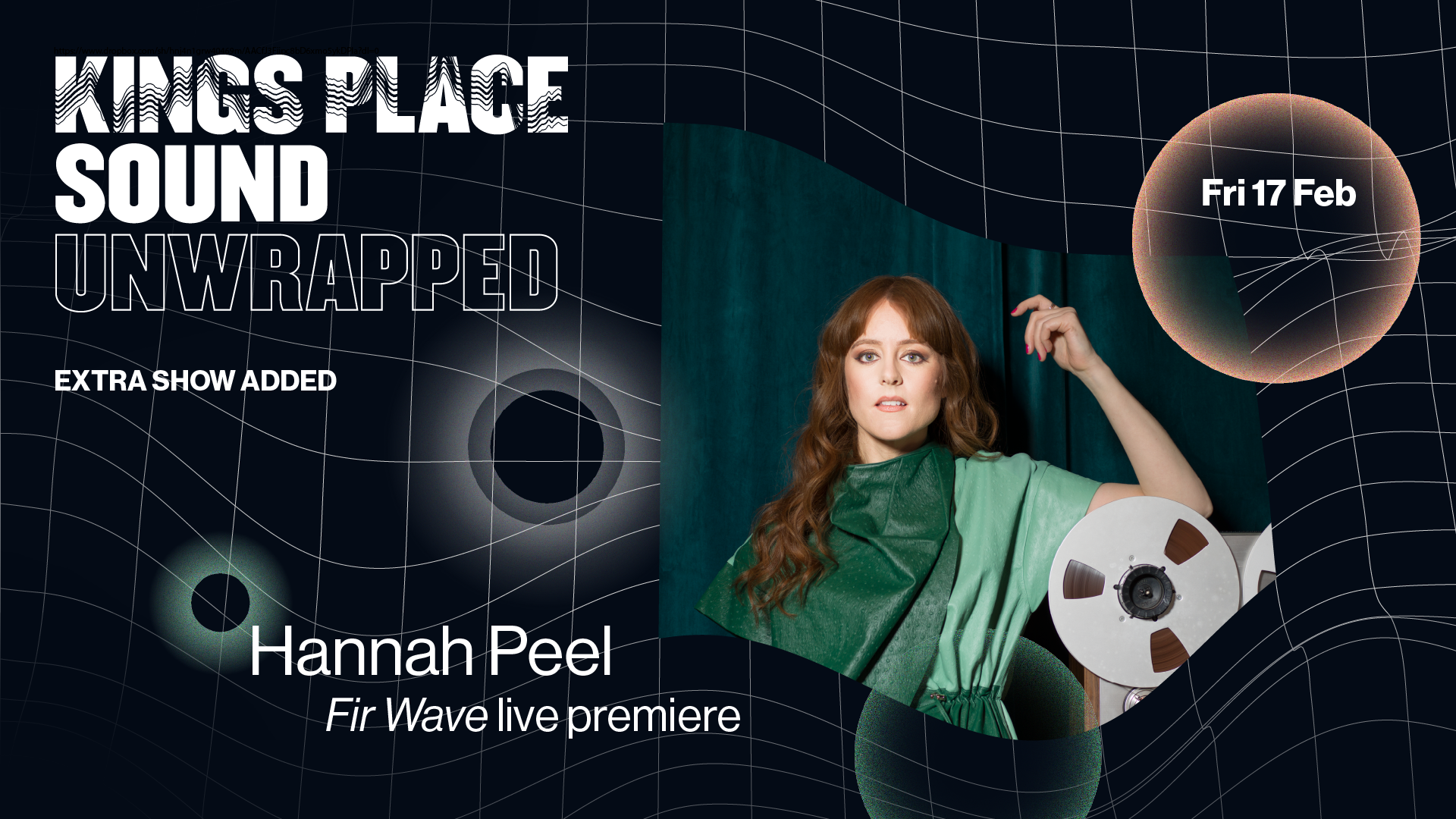 We’re excited to announce that Hannah Peel, Artist in residence for our brand new series Sound Unwrapped, will give the live premiere of her Mercury Music Prize shortlisted album, Fir Wave.

The album, a sonic shimmer of textures and pulses that switches between raw atmospheric edges and environments, arrived in 2021 with a fascinating history.

As Peel explains, ‘The specialist library label KPM, gave me permission to reinterpret the original music of the celebrated 1972 KPM 1000 series: Electrosonic, the music of Delia Derbyshire and the Radiophonic Workshop.’

Her process of re-sampling and generating her own new digital instruments, allowed for fresh inspiration in pioneering, experimental electronics from the early 1970s is at the core of the album. On Fir Wave, Hannah Peel made connections and new patterns that mirror the Earth’s ecological cycles through music. Or as BBC Radio 3’s Elizabeth Alker puts it: “The sound of nature’s internally evolving patterns and cycles, green shoots and roots wrapping themselves around vintage analogue effects and made to sound like a 21st Century arboretum rave”

Peel has worked on this premiering new electronic set with mixer / engineer TJ Allen (Bat For Lashes, Portishead and Anna Calvi) who also collaborated with her on the Fir Wave album’s more beat-driven tracks Emergence In Nature and Ecovocative.

Hannah Peel’s multifaceted career as artist, composer, producer and broadcaster includes her celebrated The Unfolding with the Paraorchestra, the pioneering album Mary Casio: Journey To Cassiopeia, which she scored for synthesisers and a 30 piece brass band; her Emmy nominated soundtrack for Game of Thrones: The Last Watch; her stunning, atmospheric music for TV Series The Midwich Cuckoos, alongside her role as a presenter on BBC Radio 3’s show, Night Tracks.