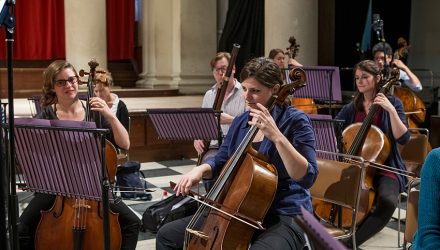 The Amadè Players celebrate Handel’s 331st birthday with a concert of works by the composer.

The Amadè Players present a mixed programme of works by Handel and his celebrated contemporary Georg Philipp Telemann. Handel’s Concerto Grosso Op.6 No.15, in honour of the patron saint of music St. Cecilia, and two German arias, are paired with Telemann’s remarkable Concerto for Four Violins and Viola Concerto TWV 51:G9, with sololist Matyas Csiba.

Bringing early works to life through muscianship of the highest quality and in-depth musicological research, The Amadè Players offer an historically-informed sound through exciting performances. Conducted by performer and scholar Nicholas Newland, they have appeared on BBC Radio 3 and led a number of educational projects with schools in South East London.