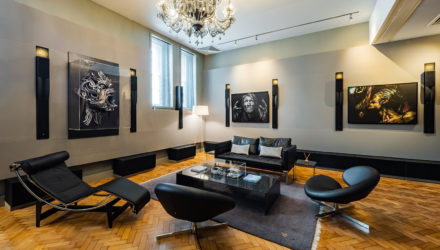 Join us in Highgate on the 24th and 31st July for diverse programmes of soundscape and electronic music presented in the Immersive Hyperreal Sound technology of L-ISA Ocean by L-Acoustics.

The works presented explore the possibilities inherent in the 24 channel L-ISA Ocean System, engaging space as a key compositional parameter, to immerse and envelop audiences in rich new worlds of sound.

These concerts of electronic, electroacoustic, soundscapes are FREE but spaces are LIMITED, thus booking is essential.

Paula Fairfield is an International and Emmy award winning sound designer for tv, film, commercials, and basically anything that makes noise. She has eight Emmy nominations with one win for her work on Game of Thrones, along with multiple wins and nominations for her work in both The US and Canada.