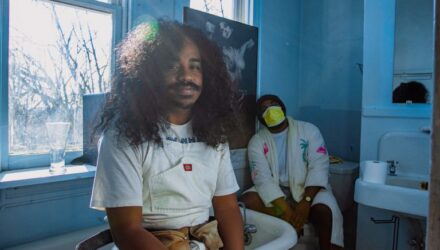 Infinity Knives is a multi-instrumentalist, composer, and producer from Baltimore, MD by way of Madagascar, Tanzania, and South Africa. His most recent solo album Dear Sudan was released to acclaim in November 2020 on Phantom Limb records. The LP led to an enthusiastic write up in the legendary Spin magazine and a position as the musical director of popular NPR podcast Invisibillia. One of Tariq’s favourite albums is Candy Cigarettes, a 2013 release by MD rapper/singer Brian Ennals. This led to three collaborations between them on the aforementioned Dear Sudan and their joint album Rhino XXL.