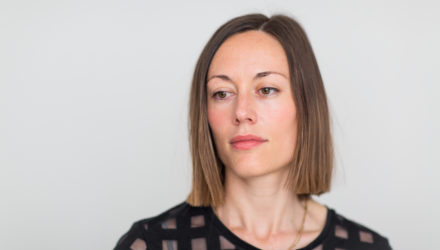 Explore Ensemble present INTO THE VORTEX: introducing Lisa Illean’s new commission from Explore Ensemble, Weather a Rare Blue, for ensemble and electronics, alongside Gérard Grisey’s epic masterwork, Vortex Temporum (including a microtonal piano), plus works from Fausto Romitelli and Messiaen.

Making their debut at London’s Kings Place, Explore Ensemble features as part of the critically acclaimed Time Unwrapped series. This concert focusses on the spectral composers working in Paris in the 1990s, Grisey and Romitelli, as well as one of their progenitors, Messiaen, and Lisa Illean, whose music also reveals an influence from Grisey.

Vortex Temporum is the late masterwork of pioneering spectralist Gérard Grisey, fulfilling his vision of a music that transfigures our experience of time. Symphonic in sonic wealth and scale, with lush spectral harmonies and feverish dance-like rhythms, its three movements were imagined as adventures through three time-frames: ‘normal’, human time, the ‘expanded’ time of whales and the ‘compressed’ time of birds.