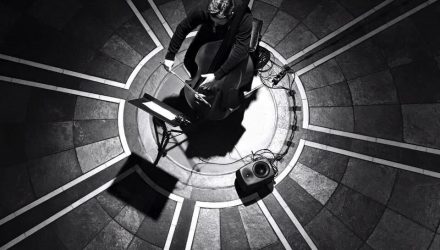 Since 2014 John Lely has been working with string soloists to develop a set of pieces that may be performed simultaneously in any combination. These pieces focus on sustained string harmonics in combination with quiet tuned noise sources.

The solo version with Mira Benjamin, Part Music for Violin, was completed in 2014 and given its first performances in Sheffield, UK and Victoria, Canada. The solo version with Michael Duch, Part Music for Double Bass, was completed earlier this year, and given its first outing at the Borealis Festival in Bergen, Norway, with subsequent performances in Svalbard, Tønsberg, Cape Town, Trondheim and Reykjavik.

For this concert Michael is joined by Mira for the first simultaneous realisation of the violin and double bass versions of Part Music.