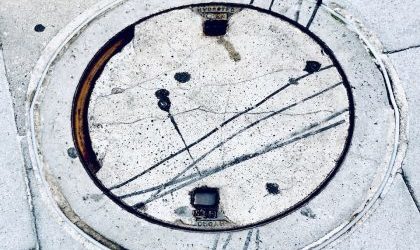 John Macedo is a sound artist and performer from London. He has incorporated everything from acoustic instruments and environmental sound to analogue and computer synthesis into recorded works, live performances, film, and sound installations.

As a violinist (and member of the Butcher/Russell/Durrant trio), he was one of the key exponents of the “group voice approach” style of improvised music. In the late 90s, his trio with Radu Malfatti and Thomas Lehn represented a shift to a more “reductionist” approach.

Butcher is well known as a saxophonist who attempts to engage with the uniqueness of time and place. His music ranges through improvisation, his own compositions, multitracked pieces and explorations with feedback and unusual acoustics.

Yoni Silver is an Israeli-born London based multi instrumentalist. He works within a wide array of experimental musical fields and has collaborated with musicians such as Steve Noble, Birgit Ulher, Hyperion Ensemble, Ana Maria Avram, Iancu Dumitrescu, Mazen Kerbaj, Mark Wastell, Catherine Lamb, Ilan Volkov and many others.

He has appeared on labels such as Creative Sources, Confront Recordings, Wasted Capital, Chocolate Monk and Edition Modern.