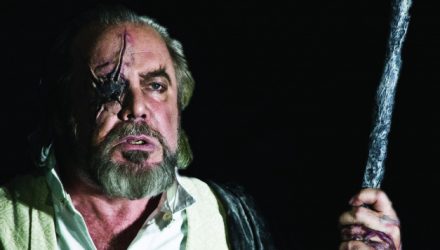 Following the recent announcement that Sir John Tomlinson CBE will become the RNCM’s new President in January 2017, we are delighted to welcome the critically-acclaimed bass to perform a recital of ‘Michelangelo in Song’ in our Concert Hall.

Sir John has a strong connection to the RNCM after graduating from the Royal Manchester College of Music (RMCM) in 1970. Since then, he has performed leading roles with companies throughout the world and regularly appears at the Royal Opera House, Covent Garden, with English National Opera, at the Bayreuth Festival and leading opera houses worldwide. As International Chair in Singing, Sir John also works each term with students in our School of Vocal Studies and Opera.

When the name Michelangelo is mentioned, it is usually in connection with his artistic output. However, what fewer people might know is that Michelangelo also wrote a great number of poems, madrigals and sonnets, some of which were set to music by composers such as Britten, Wolf and Shostakovich.

Tonight’s event will see the 16th century Michelangelo portrayed by Sir John in an updated form, as a 19th century painter in his workshop, looking over his old writing, and reliving each piece in turn. This semi-staged performance links music with visual art and is a fascinating evening of storytelling that explores the psyche of Michelangelo and his musings on wisdom, the joy and pain of love and youth, creativity, death, and immortality.