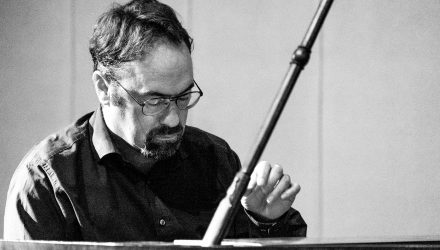 Poland-based pianist and composer Jonathan Powell is renowned for his interest in contemporary music and composers of the early 20th century: in particular the music of Scriabin and other Russian modernists, as well as Ives, Szymanowski, Busoni, and others. Over the last decade, concerts have taken him on tours across the US and Europe, alongside recital broadcasts for Radio Netherlands and Radio Deutschland Kultur.

Powell is a self-taught composer – he has recorded several of his own works for BBC broadcasts and has received performances by the London Sinfonietta, the Arditti Quartet and Valdine Anderson.