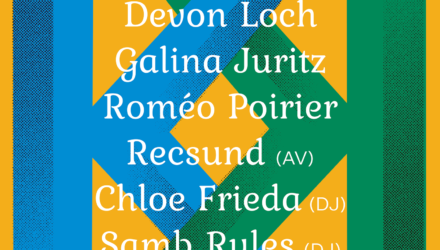 London label Kit Records began in 2013 as a fortnightly broadcast of exotic miscellany on London’s NTS Radio, hosted by Richard Greenan. The show soon grew to encompass record releases, live events and a pop-up record store, drawing together an inspirational network of artists, musicians and writers. On June 8, Kit will offer up an audio-visual smorgasbord in MK Gallery’s new Sky Room auditorium, with performances from label stalwarts and friends alike.

Galina Juritz
Galina Juritz is a composer and violinist. Her credits include film soundtracks, theatre pieces, and recently music for the opera “Madness: Songs of Hope and Despair”. Galina is currently studying an MA in composition at Goldsmiths.